Ivana Sramkova was born in 1960 in Bohemia, Czech Republic studied at the Academy of Applied arts in Prague and the Specialized School for Glass in Zelezny Brod The sculptures of Ivana Šrámková are three-dimensional distillations of basic figurative forms, both animal and human, with a healthy dose of character. Reduced to their essence each is described in a language of simple geometric symbols. What makes them extraordinary is Šrámková’s ability to give them just enough of the archetypal to make them identifiable, just enough gesture to endow them with wit, and just enough reference to make them universal. As such they stand comfortably in the timeless continuum of art and artifact. 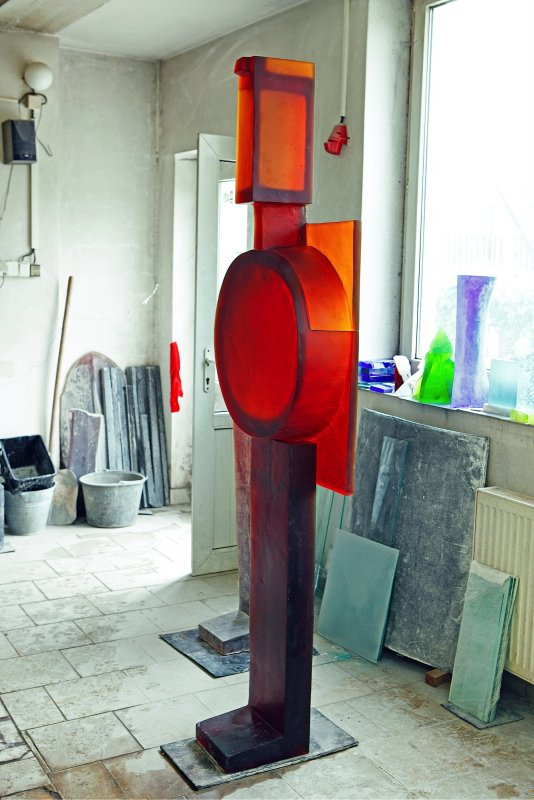